Two of the finest roots music fiddle players on the planet — Michael Doucet and Tom Rigney — are joining forces once again for another incredible night of music. Backed by Rigney’s hot band, Flambeau, the show will feature material from their critically acclaimed CD, Cajun Fandango. The disc received a Best of Beat nomination as Best Cajun Album of 2016, and was named one of the fifty best Louisiana albums by Offbeat Magazine.

This is the third installment of Cajun Night at Harris Center — the previous shows have sold out or nearly . . . so be sure to grab your tickets early!

Michael Doucet has been the premier Cajun fiddle player of the past several decades. Originally from Lafayette, Louisiana, he has led his band, Beausoleil, for more than forty years (winning two Grammys along the way) and has taken Cajun music out of Louisiana and put it on the stages of the world. He has preserved the music of his culture and expanded its horizons.

Tom Rigney has, over the past several decades, become one of the premier blues and roots music violinists in the world. After fifteen years at the helm of the Swamp Rock band The Sundogs, he put together his current band in 2000 — Tom Rigney and Flambeau, and has toured and recorded extensively ever since. His high-energy, virtuosic playing and his commanding stage presence are hallmarks of Rigney’s performing style. 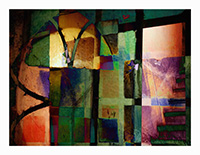 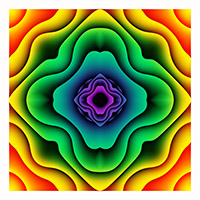 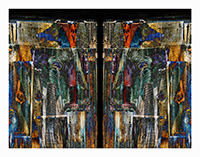 This year we’re adding a very special element to this show — an option to purchase an “add on” experience to attend a pre-show exhibit of Tom Rigney’s amazing artwork. Wine and beer tasting and light snacks are included. Reception tickets will be limited and will take place from 6–7 PM. Who knew? Fiddle player extraordinaire and an amazing visual artist as well!

Special thanks to Dick Droese Fund, Red Bus Brewing Company, and Crystal Basin Cellars for their generous support of this reception. 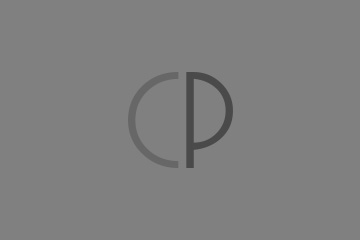 For more than 40 years, Taj Mahal with bandmates Bill Rich and Kester Smith have taken blues on a joyride through reggae, funk, jazz, Cajun, and more, leaving a trail of swinging hips and raised palms in their wake. In 2019, guitarist and lap steel virtuoso Bobby Ingano joined the group, and the trio became the Taj Mahal Quartet. The four match musical virtuosity with down home grit unlike anyone else: a blend of sophistication and humble familiarity that is equally at home on a shotgun-shack porch or a Carnegie Hall stage.

No matter where we come from, we are all part of the same circle. We all want to dance, to get out of our heads and tap into ourselves. When delivered by Taj Mahal, the blues can take us there.

Taj is a towering musical figure — a legend who transcended the blues not by leaving them behind, but by revealing their magnificent scope to the world. “The blues is bigger than most people think,” the three-time Grammy winner says. “You could hear Mozart play the blues. It might be more like a lament. It might be more melancholy. But I’m going to tell you: the blues is in there.”

No matter where we come from, we are all part of the same circle. We all want to dance, to get out of our heads, and tap into ourselves. When delivered by the Taj Mahal, the blues can take us there.

Colin Mochrie of “Whose Line Is It Anyway” Presents: HYPROV — Improv Under Hypnosis with Asad Mecci

From the minds of improv and comedy legend Colin Mochrie, and Master Hypnotist Asad Mecci, comes a brand new, mind-blowing, jaw-dropping, side-splitting show: Hypnosis and improvisation — two art forms that have captured minds and imaginations for decades worldwide — are brought together by two masters of their crafts, uniting to create a totally unique theatrical experience, HYPROV: Improv Under Hypnosis.

Twenty random volunteers from the audience will be hypnotized, (the process of which is a show in its own right), their inhibitions evaporated and their minds no longer their own, the four or five best are left on stage when one of the world’s leading improvisers enters! Colin Mochrie (co-creator), star of Whose Line is it, Anyway?, will initiate and manipulate those under hypnosis himself and turn the show into an improv extravaganza full of music, horse races, and lots of laughter.

In the hands of two masters, and solely crafted from the volunteers’ uninhibited subconscious, this will be an entirely original and completely unforgettable show, each and every night.

Hypnosis and improvisation — two art forms that have captured minds and imaginations for decades worldwide — are brought together by two masters of their crafts, uniting to create a totally unique theatrical experience, HYPROV: Improv Under Hypnosis.

Who knows where the unconscious mind will take us?